Businesses that use Facebook could be legally responsible for defamatory third-party comments made on their company’s social media pages. 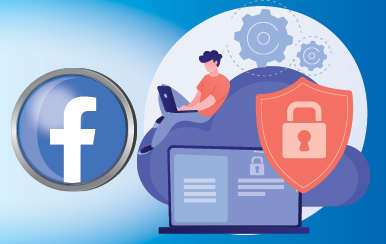 Businesses that use Facebook could be legally responsible for defamatory third-party comments made on their company’s social media pages.

In a landmark 2019 ruling, the NSW Supreme Court found that media organisations are liable for comments made by other people on their Facebook posts.

Several Facebook posts published in 2016 and 2017 by The Sydney Morning Herald, The Australian, the Centralian Advocate, Sky News Australia and The Bolt Report included claims, in their comment sections, that former Northern Territory youth detainee Dylan Voller had assaulted and injured a Salvation Army officer who visited him in detention.

Claiming the comments (which were made by third parties) were untrue, Voller launched defamation action against the media outlets who were responsible for the original posts.

While the Supreme Court decision hasn’t yet decided if the comments were defamatory, it found that the media companies could be regarded as the publishers of the comments and were responsible for their publication.

Three of the media outlets appealed this ruling in 2020 but the NSW Court of Appeal dismissed the challenge. The presiding Justices said the organisations “accepted responsibility for the use of their Facebook facilities for the publication of comments, including defamatory comments… It was the applicants who provided the vehicle for publication for those availed themselves of it.”

Ruling could affect non-media companies too

In this case, rather than asking that the comments he found offensive be removed by the media outlets, Mr Voller opted to instead take immediate legal action. This scenario differs from previous situations where only companies who had been asked to move such a post but didn’t were thought to be liable.

As the Guardian reports on the original case, Judge Rothman found that media outlets like the SMH, the Australian and others use Facebook for commercial reasons. They use it to attract more readers and make money, so they are responsible for the comments their posts attract.

Paul Gordon, a social media lawyer from Wallmans Lawyers in Adelaide told the Guardian that liability for these types of comments may not affect only media companies. They could potentially affect any business that uses Facebook for commercial reasons.

Although the rulings have been met with much negativity in the media, with many calling for the laws to be changed, the failed challenge indicates that from here on in, businesses will need to take more responsibility for content on their social media pages.

So the best advice for companies that use Facebook is simple – keep a close eye on all posts and if negative and potentially defamatory comments arise, delete them as soon as possible.

How to create a B2B Brand Strategy

One of a company’s greatest assets is its brand. A brand gives a business its identity and helps shape customers’ perceptions and connections to that company’s products or services.

We’re all ears, and we’re here to help you grow your business.